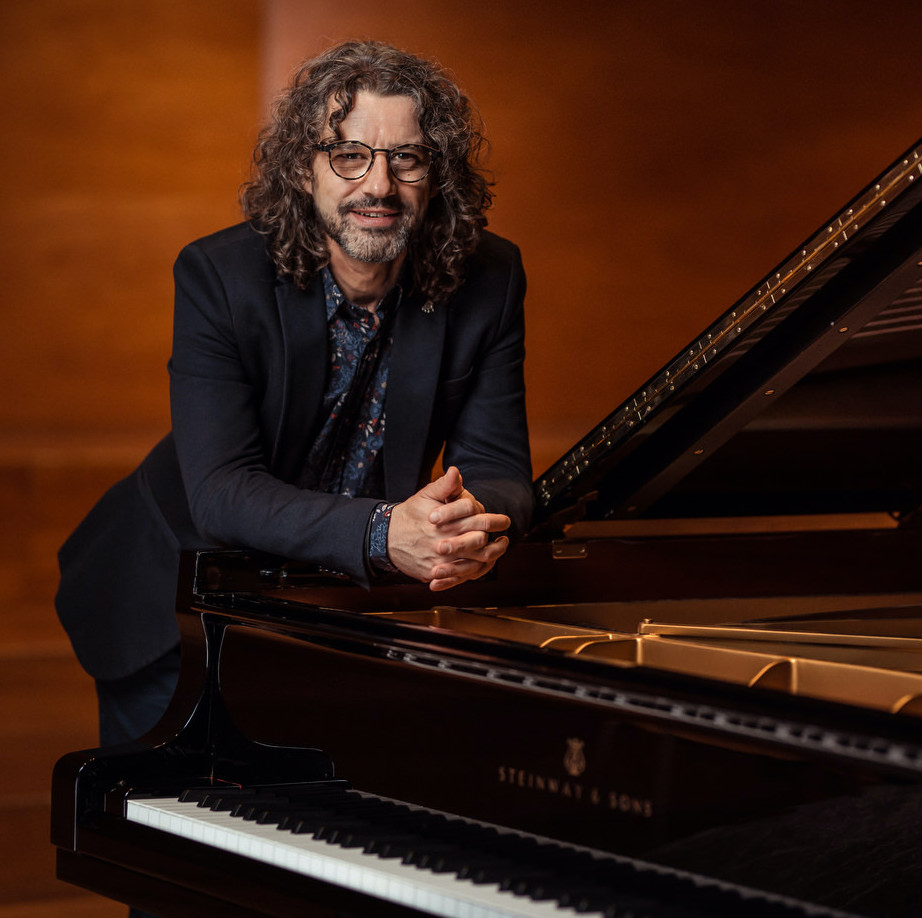 Hello,
I am Antoni Tolmos and I continue to dedicate my life to my three great passions: Music, communication and people’s lives. If in reality, and according to what they say about me, I have any talent, this is communication. God asked me in what way he wanted to communicate, and I asked him for a piano. He is my ally on stage to transmit my own music and that, in the words of the audience, it’s very emotional.

My international experience as a musician, lecturer and university doctor has led me not only to use the piano, but also the microphone to explain and move with words. I never forget that I am an eternal learner.

The word family is the first in my alphabet, the second is generosity. Both deserve permanent attention. I have published fourteen record works as a pianist and composer, have lectured in many countries, created and hosted television shows, mentored many aritsts and received numerous awards in my career.

But the most important thing, and as I always say to my university students, is: if I can make you have one thing left of me, you will not forget me.

If you think that I can help you Contact me

All my artistic activitity on my web

Antoni Tolmos, is a pianist and composer born in Lleida (Spain) in 1970. He has a degree in Piano, Musical Language and Music Theory and he is Doctor in philosophy and Education. He is expert in creativity and Music Improvisation (Doctoral thesis about piano improvisation as an educational tool). he is Certified Professional Coach. He is currently working at Universitat de Lleida and at Universitat Autònoma de Barcelona as a professor in Music education, audiovisual communication and Creativity, being at some stage the been Vicedean of Faculty of Education of the Universitat de Lleida. He’s also member as speaker of the “Mentes a la carta” international platform and professor in the Master in Soft Skills.

He cultivates different aspects and roles on his career like conducting several musical productions, composing the music and arrangements of plays as “Mercedes” by Tomas Bracht (Tarrega 97), “El Jorobado de Notre Dame”, “La camisa de l’home feliç” by for Zum-zum teatre (Grec 97), “Rubab, el misteri de l’instrument prohibit” (Lleida 2007), “Soy una nuez” etc., and composing the music for documentals, tv ads and some silent films as “Los Nibelungos”, “Before to Hollywood” etc. He is Musical Director of the “No surrender Festival” and the “mamapop” show.

Founder and Director of the Music Down Orchestra, composed of musicians with and without intellectual disabilities and also, together with Down Cataluña, the project “Down moments, How does your life sound?” with young people with Down syndrome. Creator of the documentary “sound identity” and the TV program “a 4 mans”. Creator of the project and contest “Nadales Tolmos” for girls and boys from 10 to 16 years old.

Over the years he has been awarded in several occasions and for different reasons: in 1999 he won the first award of Composition – “Ciudad de Reus” – of which he was also finalist in 1997, in 2007 extraordinary award of Doctoral Dissertation in 2006 – Batec Award – for his project “Musical improvisation, creating and enjoying in real time”, award “Gran Persona de Lleida 2018” and different awards for his compositions for theater plays and cinema.He is the composer ot the music for the novel  “Las fragancias olvidadas de ultramar” by Josep Torrents.

His music has been broadcasted in international radio and tv stations, where he has also offered live performances. He usually teaches piano improvisation and new technologies applied in music in different Music Schools and Universities in Spain, Andorra, France, Hungary, Poland, Czech Republic, Austria, Denmark, England, Italy and EEUU. He also has given virtual conferences in Colombia, Argnetina, Chile and Venezuela.

His approximation to jazz has taken to him to Festivals of Jazz as  San Sebastian (2010), Festival of Jazz of Granollers (2009) and Festival of Lleida’s Jazz (2007/2010) where it has recorded CD and live DVD.

His challenge is to continue using his music as source of happiness of those who enjoy listening to it.